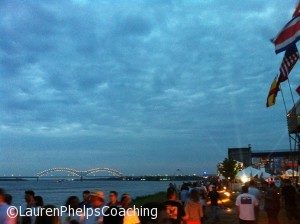 Here’s what I ate during BBQ Fest:

My first stop was The Hogfather.  Of the tents I visited, The Hogfather is one of the best.  They always have great music, food, and dancing.  I made a huge salad with black bean salsa and chicken.  I tried the slaw and an orange jello shot for good measure.  One of their trademarks is blinking ice cubes.  You have to be special to get one! 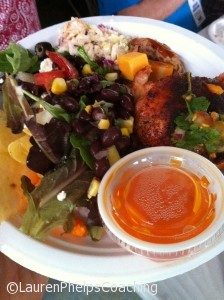 Part of the fun of BBQ Fest is shouting out to people you know as they walk by.  I was excited to see Beckey and hang out for a bit.  I can’t remember her team’s name, but here are a couple that stood out to me: Parrot-Head Porkers, SnoutKast, Notorious P.I.G, and keeping with the rap theme – I saw several t-shirts with this phrase – “I like pig butts and I cannot lie”  Please sing it. Laugh. You know it’s funny. 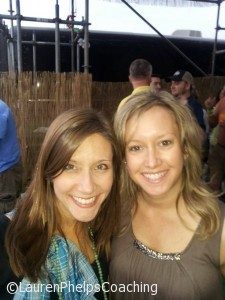 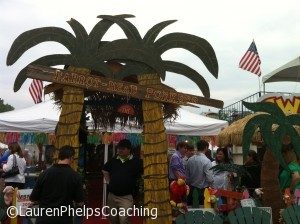 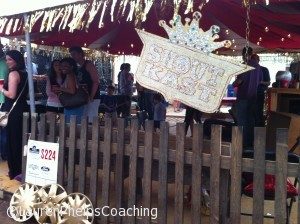 Friday night was a progressive dinner.  I arrived late for dinner at The Hogfather, so I made do with what was left and decided to have a second course later at Totally Boar’d.  I was pleased that salads were served almost everywhere I went!  I don’t usually eat pork, but I decided to try it since it should be the best I’ll get the whole year.  I didn’t meet a food that I didn’t like.  The BBQ did not disappoint! 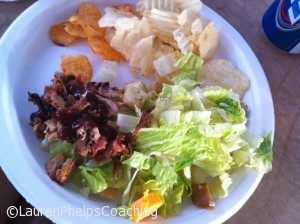 Look at this cupcake!  It was late in the evening, and I REALLY wanted to taste this chocolate monstrosity.  I invited a friend to share it with me,  but ultimately, I ate most of it.  The chocolate mousse icing was fabulous.

I wish I could tell you this was the only dessert I enjoyed, but that would be a lie!  I was too busy having fun to take pictures of e v e r y t h i n g, so you’ll have to use your imagination.  I’ll give you some keywords to help: cheese puffs, peanuts, nachos, wings, brownies, wine, fireballs…

Not to worry – I’m back to my normal eating habits now.

Check out what other people ate by visiting Peas and Crayons!

Check out my one-on-one coaching options.